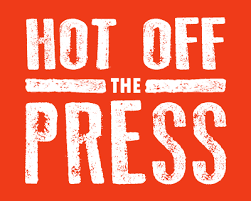 In the News: Our Clients

The hits—in the media—just keep on coming for Hausman clients! Here’s a select list of articles that appeared in the month of April.

Gluckman Tang‘s design for the Prado is featured by Inexhibit

Museums designed by Gluckman Tang are the focus of Architectural Digest‘s look at North Adams, MA

On Michigan Avenue, Solomon Cordwell Buenz is set to break ground on a 47-story residential building, according to Construction Dive